Quooker this year have launched their newest innovation, the CUBE, even winning “Best Kitchen Tap Brand” at the Bathroom & Kitchen Update Awards. This particular Quooker tap now provides filtered chilled and sparkling water alongside 100°C boiling, cold and hot water, all from one tap. You can enjoy a glass of pure, sparkling fresh water in an instant, or make the most delicious lemonades and cocktails.

At Blax, we are approved dealers of Quooker taps and we are excited to announce this new product! We can supply the full range, designing them into your stunning German kitchen. Contact us today to find out more about this exciting new product.

It’s the tap that does it all! With the new function, it makes life in the kitchen even easier. It saves you space and time, meaning you no longer need to use plastic bottles, helping to save our carbon footprint!

The CUBE has been designed and created to work and fit with any current Quooker tap from October 2017. It can be installed at the bottom of the kitchen cabinet next to the Quooker tank. With the two filters that are included, water is just as pure as the bottled water you buy in the shop!

History of the Quooker

The Quooker brand is currently the market leaders in boiling water taps. They are well on their way to conquering the world since it was invented in 1970 by Henri Peteri. The boiling-water tap has become an indispensable tool in kitchens all over the world.

Henri was invited to a presentation about instant soup. During the presentation, they showed how you could dissolve soup in boiling water in just five seconds, and Henri soon realised ‘why can’t we get boiling water from the mixer taps in our homes?!’ Later that day Henri went down to his basement to develop a prototype of the first boiling-water tap in the world. It took lots of time and money, but this was when the first model was made, who he would sell on to friends and acquaintances who were very enthusiastic. Once people had used a Quooker, they couldn’t live without it.

From the moment his son Walter joined the company, Quooker gradually began to gain ground on the market, with things really starting to take off in 2000. The boiling-water tap became a great success in the Netherlands and 2004 saw the first batch of Quookers exported abroad.

How to use the CUBE

The CUBE needs to be maintained every 12 months. The filters need to be changed every year, these can be ordered through ourselves or Quooker themselves. The fan will need to be cleaned once a year too, and the CUBE will indicate this to you beeping at the time of changing. Likewise with the CO2 cylinder, the water will flow slower making you aware of it needing to be replaced. 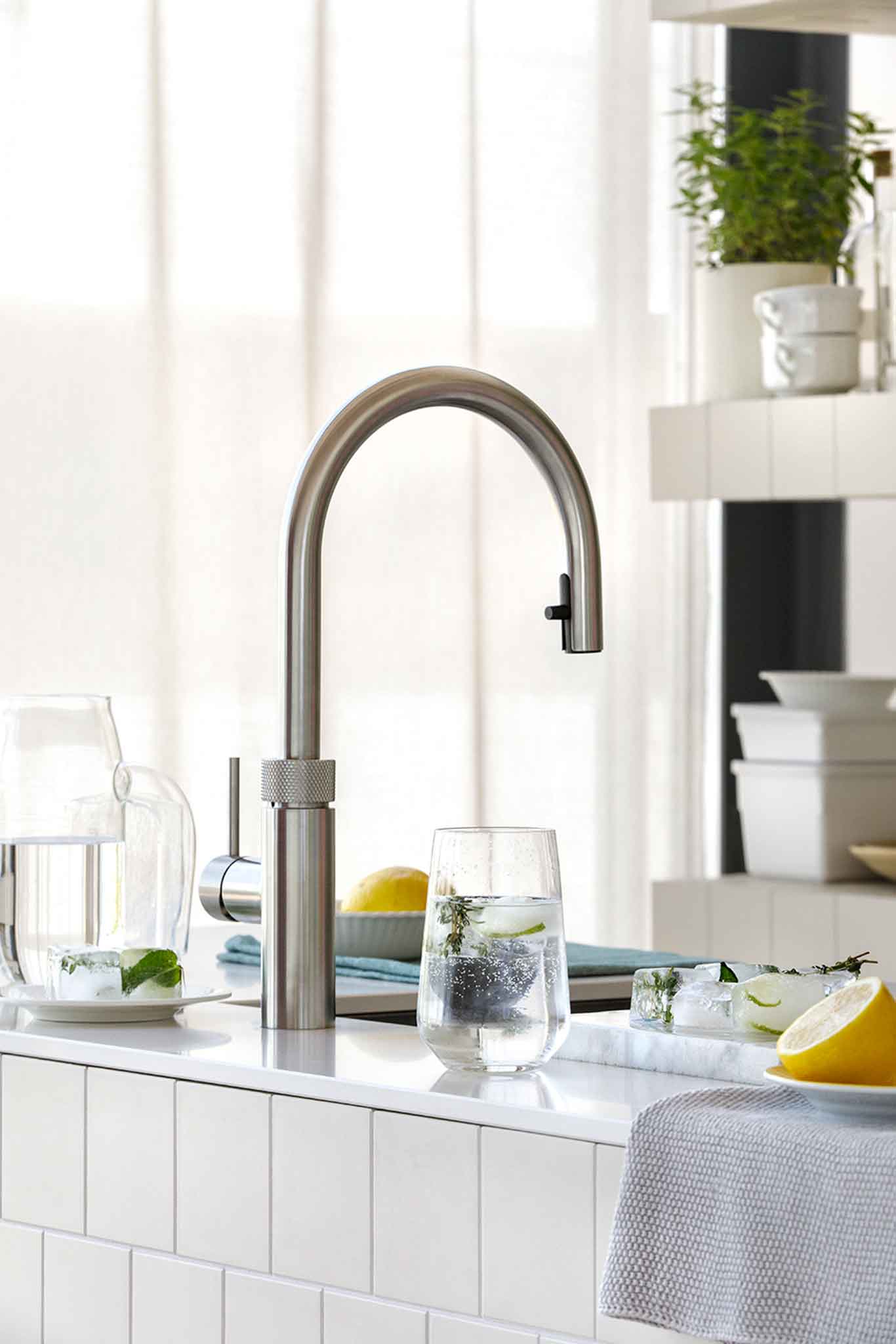